Crushing an important civil liberty for more than 20 million residents, the legal freedom of using Kratom in Australia has been cut short. This landmark ban of the safe, all-natural herbal supplement from Southeast Asia sets a dangerous precedent. As one of very few nations world wide who have enacted laws against the use of kratom, Australia may have acted on incorrect or non-existent evidence. Centuries of documentation suggest that kratom poses no threat to health and safety, and is in fact a valuable medicinal with far-reaching benefits. So what went wrong down under? Here’s a complete analysis of why kratom is illegal in Australia.

Starting in early 2003, special legislative committees in Australia began to discuss the possibility of adding several new substances to the registry of controlled substances. Among these items was the main alkaloid found within the leaves of the Mitragyna Speciosa plant, also known as kratom. This alkaloid, mitragynine, is thought to be responsible for many of kratom’s physical, emotional, and psychoactive effects.

By 2005, the Australian National Drugs and Poisons Schedule Committee’s recommendation that kratom be classified under the country’s Schedule 9 provision was approved and signed into law. By grouping mitragynine with other Schedule 9 substances, the sale, distribution, and use of kratom were instantly and permanently prohibited. Use of the substances would, however, be allowed for research purposes. Furthermore, Australia formally recommended that New Zealand adopt the same policy regarding kratom.

At the time of the ruling, members of the special investigative committee in charge of the process noted that there was not currently any evidence of abuse in Australia, and that the World Health Organization had not banned kratom. The committee also acknowledged kratom’s analgesic properties, value as an aid for soothing opiate withdrawal, and an anti-diahhreal. It was noted in the press that other plant-based alkaloids like the ones found in kratom, even some that had psychotropic effects, were not scheduled by the World Health Organization. Still, the ban was approved. Many in Australia were left wondering why.

What The Kratom Australia Ban Was Based Upon

The Committee fully acknowledged that there was no evidence of abuse or health risks posed by kratom. When asked why the ban was approved, the replied that a “pro-active” policy was in place, meaning they were acting out of an unsupported fear of some future problem.

2 things factored into their decision. The first was a paid study by the pharmaceutical manufacture Smith Kline, which recommended banning mitragynine after its own clinical trials. As an all-natural alternative to solve symptoms that many mainstream chemical drugs are prescribed to treat, it seems fairly obvious why a big drug manufacturer would make this recommendation.

The second cited justification for the outlawing of Kratom in Australia was Thailand’s ban on kratom. This notorious ban is ironic, given that Thailand is one of the main indigenous homes of the plant, and has been the source of most kratom exports for centuries. Just a little bit of digging reveals the true rationale behind the Thai ban. In 1943, government officials moved to protect the profits of their very lucrative illicit opium trade by squashing the competition – a non-addictive, plentiful, beneficial herbal remedy known as kratom. The law remained on the books until today. So in both cases, Australia’s basis for approving a ban is highly suspect.

The Truth About Kratom Safety 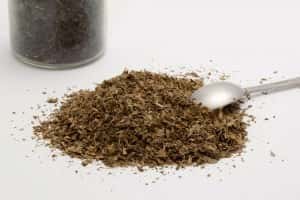 Is kratom actually a threat to health and safety for Australians? The answer is a resounding “no.” First used as a folk medicine by local Asian cultures as many as thousands of years ago, kratom has exhibited a spotless health record throughout many eras. In modern times, it has been embraced by the alternative healing community.

In all of those years of widespread use, there has not been a single serious health complication reported attributable to kratom use. Most studies indicate that addiction and even overdose are practically impossible.

Why is the Australian Kratom legal ruling important? Aside from denying the people of Australia the right to improve their mental and physical health with an all-natural herbal remedy, the kratom law in Australia sets a bad precedent for health and healing practices around the globe. Without any real evidence or science, the Committee issued a blanket ban in advance. Imagine if every single new alternative therapy was squashed before proper research had been done, even though there were decades or even centuries of anecdotal evidence of powerful efficacy against a range of serious health issues? Needlessly suffering people all over the world would be denied the easy, natural solutions that the Earth itself was providing. Well that is exactly what has happened in Australia. It’s important for the citizens of other nations where kratom freedom is in jeopardy to take notice of the Australia ruling, and petition their own local governments accordingly.