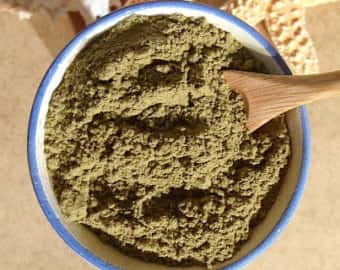 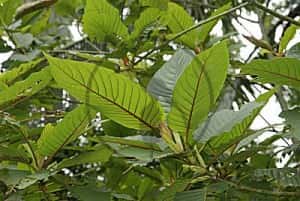 The last decade has seen an increased demand for herbal alternatives to prescription drugs – especially for anxiety treatments, anti-depressants, concentrating aids and pain medications. Many of the drugs prescribed by doctors today for these purposes are addictive and have a high risk of side effects. There is also growing interest in exploring herbs that can improve your health, help you feel better both physically and emotionally, and give you more energy. The wilk Kratom herb fills all of these roles and have been used for hundreds of years for its natural medicinal properties. It is revered in Thailand as an analgesic, a stimulant that provides smoother, less jittery energy compared to caffeine, and an anxiolytic that can boost your productivity and your state of mind.

Kratom is the colloquial name for the Mitragyna Speciosa tree which grows in parts of Asia such as Thailand, Indonesia, the Philippines, Myanmar and Malaysia. The leaves of this tree have psychoactive properties and are used as herbal remedies in curing ailments like headaches, diarrhea and fatigue. Traditional peoples in these areas would use the Kratom herb by chewing the fresh, undried leaves or by drying the leaves and preparing it as a tea. This herb contains natural active compounds like mitragynine and 7-hydroxymitragynine that give it both a pain relieving and mood enhancing effects. It is also used by local populations as an energy supplement to help them deal with strenuous agriculture-based work in the fields.

Herb Research Kratom
There are several different types of the Kratom herb based on the strain of tree that the leaves come from as well as the color of the central vein in the leaves. Kratom strains are normally named after their geographic local with popular options including Borneo, Bali, Malay, Indo and Thai strains. Depending on which strain you select, this herb can give you a highly stimulated state of mind or a more sedated and subdued mentality. The effects that you can expect will also be determined based on whether the central vein in the leaf is colored red or green or white.

Red veined leaves have a higher concentration of the 7-hydroxymitragynine alkaloid which is believed to cause the analgesic and euphoric qualities of Mitragynine Speciosa. As such, red Kratom is characterized as providing potent pain relief while helping you to calm your mind and body. Red veined trees are also said to be more abundant which is why the red leaves tend to be the cheapest and most widely available.

On the other hand, white veined leaves are observed to contain more mitragynine which gives this herb a highly energizing nature. White Kratom is commonly said to increase your cognitive energy levels. It can create a feeling as though your brain is working faster than normal and allow you to focus more intently. Consuming while Kratom does not result in an intense energy rush like caffeine, but instead leads to increased mental wakefulness and attentiveness. The Green veined type of Kratom is sometimes grouped in with White Vein since they do share a lot of properties in common. However, most users will tell you that the Green Kratom herb falls somewhere in between Red and White on the spectrum of benefits and effects.

Instead of using a single strain or color of Kratom powder at once, most traditional users are observed to mix different colors together to get the benefits of both. Blending Kratom leaves like this can give you a better-rounded and more balanced experience. It may prevent over-stimulation while also causing you to not be drowsy or excessively tired and it can result in the effects being spread out over a longer period of time.

Grading Potency & Strength
These differences between strains and leaf vein colors are important, but they do not tell the whole story of the wild Kratom plant. You will also see different grades of Kratom advertised online as Commercial, Premium, Super, and Ultra Enhanced. These differences between these are somewhat vague and often the names are only applied for branding purposes. In general, the commercial grade leaves are supposed to be cheaper and weaker while Super and Ultra Enhanced powders are considered more expensive and higher quality.

Weather and other environmental conditions, the age of the tree, preparation techniques such as how the leaf is dried and the type of extraction method used all determine the potency of the Kratom herb. Potency of this herbal remedy is measured by the alkaloid content of the leaves. However, there is great diversity in the industry when it comes to quality and there is no standard process for measuring the percentage of active alkaloids in the leave. Also, when using a natural product like Kratom, stronger is not always better. The benefits of this tree seem to follow an inverted U-shaped curve where taking too much can actually decrease positive results and cause more negative effects. 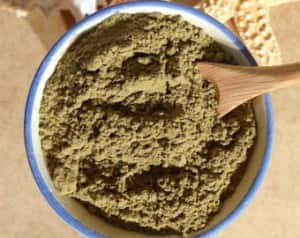 The unique mix of Kratom’s medicinal benefits comes from the diversity of alkaloid interplay in the leaves of this tree. There are over 25 different alkaloids which combine together and some 40 total active compounds. This is what makes the Kratom herb so appealing to people who do not want to use lab-created synthetic drugs. Most prescription drugs will only give you one chemical at a time that only acts in one way and can easily cause addiction, overdose or tolerance.
Kratom has many counterbalancing natural alkaloids which can prevent this risk and is less likely to cause addiction compared to pharmaceutical pain killers and the likes. For example, the alkaloids in Kratom are known to stimulate the mu-opioid receptors which makes it a good replacement for certain pain medicines. But these alkaloids also act as NMDA channel blockers in the brain which may reduce the addictive potential of this herb and prevent you from developing a dependence on this natural compound. Other pharmaceuticals do not have the same dynamic mix of effects, leading to heightened risk of tolerance and dependence.

The Kratom herb has been used for centuries by indigenous populations and is considered to be very safe when taking as directed. Some people do abuse it by using excessive amounts or relying on it every day for an extended period of time. However, the same can be said for using coffee or many other psychoactive natural products. If you control your use of this herb, you will not develop an addiction and will not suffer any sort of withdrawal or tolerance issues. Kratom is an effective herb for promoting relaxation, getting rid of stress, helping you feel better and perking you up when you’re feeling tired or drained. Consider trying the Kratom herb today if you want to experience all of these benefits for yourself.