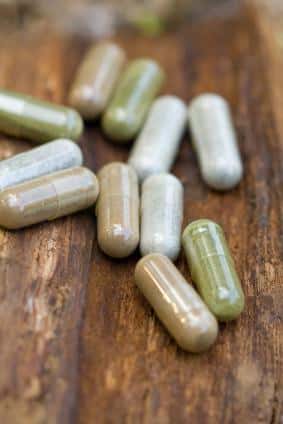 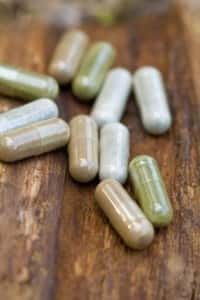 It’s common to see reports in the media that assign kratom opiate status. Some articles have gone so far as to call it a legal version of heroin or morphine. These claims are unfounded and do not reflect the way that the majority of user are taking this herb.This herbal medicinal remedy is a naturally-growing plant that delivers powerful mental and physical effects even though it is unrefined. The Kratom leaves are known to contain alkaloids that interact with the body’s opiate receptors in a similar fashion to endorphins and opium. However, it is not an opioid and does not put users at risk for opiate-related illnesses. Still, these kratom legal opiate connections linger in the popular consciousness and many view it as a legal high that has slipped through a legislative loophole. Let’s take a look at the similarities and differences of these two distinct categories.

What Are Opiates?
First let’s define the term. Opiates are a class of narcotics that are known to have depressant qualities on the human body and mind, and specifically on the central nervous system. They achieve this via interactions with the sympathetic nervous system, which governs heart rate and blood pressure, among other bodily functions. Opiates spur endorphin release in the body, leading to sensations of mental euphoria. They also act as analgesic pain relievers and are a mainstay in modern hospitals.

The drug Heroin is an opiate that was previously marketed for legitimate theraputic purposes before it was made illegal due to its high potential for abuse. However, many opiates with high abuse potential remain legal today such as OxyContin and SubOxone. There is great concern in general relating to the addictive potential of opiates. Compounds like morphine and codeine fuse with receptors in the body’s cells to create these effects, often forging permanent relationships with the receptors.

What are the risks of using opiates? Unfortunately, once this dynamic is set up permanently, the cells will “hunger” for opioids in order to achieve normal bodily function. When you take the opioid away, the sudden drop in endorphin production can create intense feelings of withdrawal. Trying to avoid these side effects can create powerful addiction and make it impossible or unsafe to detox without medical supervision. Over time, opiates create terrible damage and disease in the human body. Some opiates are refined intentionally into hard drugs like heroin, in order to heighten the effects upon the body and temporarily delay withdrawal, leading to a vicious cycle.

Why We Shouldn’t Call Kratom a Legal Opiate
Kratom does not contain opioids. Its benevolent alkaloids do in fact bond with some of the same receptors that opiates might. However, it is much more selective in its mechanism of action and only interacts with a small subset of opioid receptors. Inside the body, kratom acts like an endorphin that stimulates opioid receptor agonism, but without forging the damaging, long-term relationships that opiates do. In this way, it is able to bring the body and mind important relief for real health issues, but with no risk of physical opiate addiction. This is a key difference.

Opiate-Like Effects
Why do people so often call kratom opiate related? Some have pointed out over the years that there are some similarities in the subjective effects that a user feels on either type of substance. These include body sensations of pain relief, or mental feelings of relaxation. Kratom is mainly consumed as the powder of a crushed dry leaves. It is not treated with chemicals and altered in a lab. This is not the case for most opiates. But even though almost all modern drugs we call opiates are refined by chemical processes, many people remember that opiates originated as poppy plants, and the confusion with all-natural plant remedies grows.

Another important difference between kratom and opiates is intent. Kratom is widely used as a medicinal herb and has been for many thousands of years. Its users employ it as a therapy for physical ailments like chronic pain, and mental challenges like depression and anxiety. These are perfectly valid reasons for exploring kratom, and many believe this is indeed why the Earth provided it. As with many things in nature, we are often given natural solutions to our problems that literally grow right out of the ground. Kratom capsules, used responsibly, are one such solution.
The Kratom Opiate Withdrawal Therapy 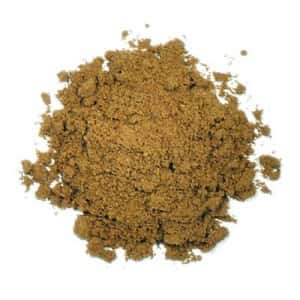 In fact, kratom is widely used as something we could even call an “anti-opiate.” Kratom opiate addiction and withdrawal therapy is a well-known approach to beating the severe withdrawal that many face when quitting an opiate addiction. The kratom alkaloids basically satisfy, nurture, and fill the cells’ damage in the wake of opiates. They do this without creating further damage, while providing intense and real relief to the full range of withdrawal symptoms. This kind of therapy has been advocated by several large medical institutions, like the National Institute of Thai Traditional Medicine in Bangkok and even television’s Dr. Oz. It is increasingly being offered as an alternative addiction therapy to methodone along the lines of ibogaine treatments.

In particular, kratom’s alkaloid 7-hydroxymitragynine has been most promising in new anti-opiate addiction programs. In this way, the kratom opiate connection is a beneficial one, and could lead the way forward for many suffering from opiate addiction world-wide.

Kratom is Safer than Opiates
One clear difference between opiates and Kratom is the potential for dangerous side effects such as respiratory depression. When you overdose on opiates, it leads to your respiratory rate slowing and ultimately reaching zero which causes fatality. This happens all too often with both legal and illegal opiate drugs, but it does not occur with Kratom use. In studies of research animals, when given the mitragynine alkaloids from Kratom, no respiratory depression was observed. Taking too much Kratom will not lead to this very serious effect that is caused by opiates. It has been suggested that this could pave the way towards eventually developing pain medications based on Kratom alkaloids that provide the same benefits while lowering the risk of death due to overdose.
Legality of Kratom and Opiates
Here we see a stark difference between kratom and opiates. While opiates are illegal and considered a dangerous controlled substance around the world, kratom remains fully legal in most countries on the planet. Thailand, Burma, and a few other countries have outlawed its use, and in at least some of those cases, the reason has more to do with political posturing, corruption, and the protection of illegal drug trafficking than any health concern. A tiny handful of Western nations like Germany have controlled kratom, probably due to misguided fear. In the U.S., kratom use is completely protected by law in all states except Indiana.

Why is kratom legal almost everywhere? There has not been one single reported serious illness or injury associated with its responsible use, ever, over thousands of years of use. That fact is truly the final word on the difference between this benign plant and very harmful opiates.

There are kratom opiate connections, but as we see they are not the same thing. In fact, kratom provides a powerful alternative to opiate use and relief from opiate abuse, in a natural, effective form that does not cause addiction and has been proven safe over thousands of years of use. The sooner we embrace the natural, wholesome benefits of the Earth’s remedies, the sooner we can all reap the benefits and protect ourselves from the harmful effects of illegal drugs. The next time you see someone comparing kratom to a legal opiate high, make sure to speak up and explain the real story behind this humble Asian herb.