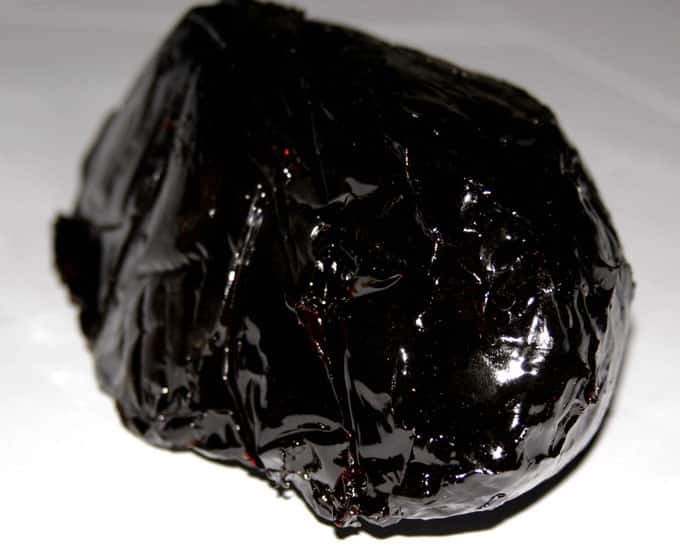 Curious about what Kratom resin is? This style of Kratom is not stocked by all suppliers online, but you can find it for sale from some of the higher quality stores out there. For new users of Mitragyna Speciosa, it may not be immediately obvious what this resin is made up of how one might use it. Kratom resin has the appearance of a dark, glassy black lump that looks like it might be a dried brick of tar. It is actually a highly concentrated type of Kratom extract that is viewed as being a very convenient way to transport, store and consume this herbal product.

In case you are not familiar with extract formulations of Mitragyna Speciosa we will quickly address what they are and how they are named. An extract is simply any product that has a higher alkaloid content of typical Kratom leaves by extracting the active chemicals from the plant matter. Extracts are usually made by boiling the leaf to remove the alkaloids and the remaining material is either formed into a solid resin, ground into a powder or sold as a liquid tincture. Resins can further be pressed into smaller single-dose Kratom pies or shipped in large bricks that the user will be able to cut up on their own.

Kratom resins are all identified as being 8x, 15x or as some other denomination times stronger than unprocessed Kratom leaves. The number coefficient refers to the total weight of dried leaves that the resin was derived from to make 1 gram of extract. For example, if you had converted 15 grams of leaves into 1 gram of resin, you would make a 15x resin. This does not necessarily mean that there will be 15 times greater alkaloid content in the resin compared to the leaves as this would require a 100% extraction efficiency; however you can use this number as a general guideline when determining dosages and such.

Another thing to remember is that a higher number is not always better. Anything greater than a 20x resin is considered to not preserve the full spectrum of alkaloids in the Kratom plant. Within the leaves of the Mitragyna Speciosa tree there are 25 identified alkaloids and a total of 40 physiologically active compounds. In order to appreciate the full effects of the Kratom herb, it is necessary to maintain as much of this balance as possible. As such, there is a great preference for Full Spectrum Extracts which ensure that all alkaloids are represented in the final product. If you find a 50x Kratom resin or any number higher than 20x, it is almost guaranteed not to be a full spectrum resin. Whatever strength of Kratom resin you decide to buy, remember that because it has much higher potency than standard leaves, you should be much more careful with dosages and with taking breaks to prevent tolerance accumulation.

How to Make Resin

Buying resin bricks or pies can be quite expensive given all of the processing costs. This has led some users to investigate making their own Kratom resin from fresh or crushed leaves. While it does take a lot of practice and persistence to get it right, you can make your own extracts in a cost-effective fashion.

In order to make resins, fresh Kratom leaves are boiled for several hours to break down the membranes in the leaves and extract as much of the alkaloid content as possible. After a few hours have passed, the leaves are left to steep further and the water is evaporated off. Once the water has evaporated, what remains is a black, tar-like paste that is much denser without all the excess water content. The dark paste at this stage is malleable and can be poured into different metallic molds or left to dry in a lump. After it has dried it becomes Kratom resin which can then be cut into smaller blocks for retail. It can also be grown into an extract powder with a dark, glassy appearance.
The extraction factor is determined by the ratio between the starting weight of the leaves and the finishing weight of the resin. If you make 1 gram of resin for every 8 grams of leaves, then you have produced an 8x Kratom resin. Like all other forms of Kratom extracts or leaves, there can be great disparity in the quality of Resin sold by online stores. Most suppliers do not specify the strain of Mitragyna Speciosa that the resin comes from, nor do they tell you the grade. There is also usually not much variety among different types of Kratom. Most vendors will only sell one strain in resin form and it more often than not will be a Red Bali leaf or some type of blend.

Benefits
While the lack of choice can be frustrating, there are some notable benefits to using resin over raw leaves or powdered leaves. One major advantage is that you will need a much smaller amount in order to experience the same effects. A standard dosage for an 8x Kratom resin will be 1/8th the amount of your require dosage for a non-extract variety. This makes it more convenient for consumption as well as for travelling with your resin on the go. Another benefit is taste: Kratom leaves and powders are well known for being bitter and unpleasant to your taste buds. Resins tend to taste better since they do not contain the same amount of raw plant matter and their convenient shape will limit the surface area exposure of your mouth to the Kratom. 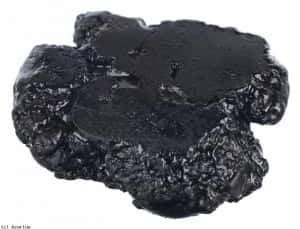 One of the most frequent questions we see from newbies in the Kratom world is, how exactly are you supposed to use this stuff? It may not be immediately obvious, but there are several ways to consume Kratom resin. One easy way is to mix your block into a tea by placing it in a boiling pot or cup of water. Once the resin has dissolved, you can mix in spices like cinnamon or sweeteners like sugar and honey to improve the taste. There are a number of delicious Kratom tea recipes available online. Then, drink the tea all at once or divided it into smaller doses and drink it through the day or over a couple of days.
Another option is to simply cut the block of resin into smaller pieces and swallow it like you would a Kratom capsule. This strategy makes it very easy to take your dosages throughout the day as you can keep your Kratom bricks in an airtight containing and carry them with you as you go. There are some people who say that using Kratom resins in the way can make it take longer for the effects to kick in since your stomach has to first break down the block. However, in our experience, the difference is negligible. One actual downside of this administration method is that it can be harder to control your dosage of resin of Kratom. For this reason, you should purchase a micro scale that allows you to measure out your desired dosage so you do not end up taking too much at once.