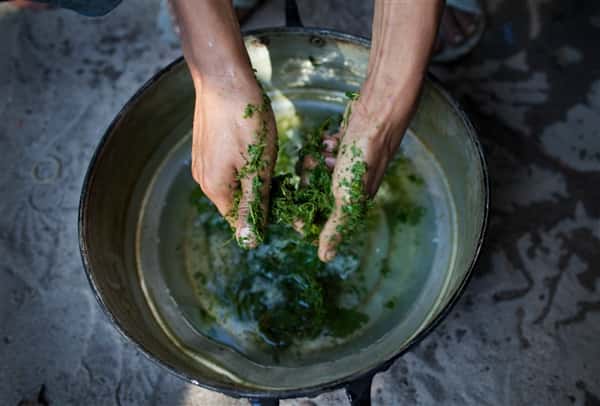 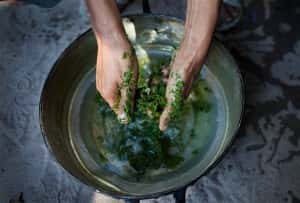 Thailand is the native home of the Kratom tree where it has been cultivated and harvested by the local populations for thousands of years. The Kratom plant – also known as Mitragyna Speciosa – grows fruitfully in the south of the country where it is referred to as Kakuam and Ithang. It has been used as a natural mood enhancer by Thai people as well as in in folk medicine to treat diarrhea and other common ailments. It is popular among manual laborers and truck drivers who take it for an energy lift in the place of energy drinks which can cause over-stimulation and anxiety.

Kratom History in Thailand
Kratom use is also tied up in Thailand with the history of opium which is abundant in the country. Individuals addicted to opium would substitute it with the much safer Kratom leaf which provided milder effects. One would then be able to wean themselves off their addiction to opium by slowly taking less and less Kratom every day while avoiding withdrawal symptoms.

It is this relationship between Kratom and opium that caused the plant to be banned in Thailand in 1943. As use of Mitragyna Speciosa continued to grow, it cut into the opium tax revenues collected by the government. The Thai government imposed highly lucrative taxes on traders and shops involved in the opium trade. But as more people started substituting opiate drugs for the less expensive Kratom, the government started to see declining tax revenues. This prompted them to interfere with the sale of Kratom and in 1943 they passed the Kratom Act 2846.

This Act made Kratom and its alkaloids a controlled and scheduled substance within Thailand. Possession of the herbal product was made illegal and the law demanded that no new Kratom trees could be planted. The act also required that all existing trees were to be cut down and destroyed so that no new leaves could be harvested. However, enforcement of this law was not very effective since the tree is naturally indigenous to the region. Many traditional populations especially in the south of the nation continued to grow and use Kratom.

In some other parts of the country, people started to replace Mitragyna Speciosa with other related plants that were thought to provide some degree of similar effects. A popular legal alternative was Mitragyna Javanica or Mitragyna Parvifolia which was cultivated in the place of Kratom. However, almost everyone will agree that M. Javanica is not as effective because it does not contain the same precise alkaloid mix as the original Kratom herb.

Current Legal Status
Nowadays, if you purchase Thai Kratom online, it is usually grown in some other local and simply branded with the name Thai for marketing purposes. The Thai Kratom strain that you buy may in fact come from Indonesia, particularly the island of Borneo where much of the Kratom sold in the USA originates. The most popular form of Thai Kratom is the Red Vein variety, but the White and Green types are also frequently sought after. Red Vein Thai is said to be slightly energizing, very relaxing and a powerful pain reliever. The Thai strain is viewed as ideal for new users of Kratom powder, but even experienced users will stock it in their collection.

More recently, the Office of the Narcotics Control Board has looked at decriminalizing Kratom in Thailand because it is an integral part of Thai culture. It is also likely that they want to be able to export Kratom to the large North American market. This business is currently dominated by other countries like Indonesia and Malaysia, but Thailand has always had a reputation of producing the best quality plants. There is also a growing push to legalize it to help people with opium withdrawal symptoms. It is viewed as the best detoxification method for treating these patients. 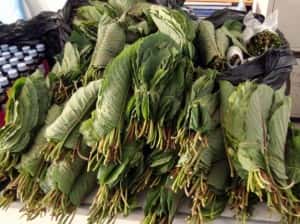 At present, Thailand is the only country that classifies Kratom as a narcotic. But proposed legislation will change that by taking this herb off of the narcotics list. The bill is being sponsored by Justice Minister Chaikasem Nitisiri who comes from the southern part of the country where it is an important part of society. Much of the concerns about decriminalizing Kratom comes from fears that it is heavily abused, makes people high or is very addictive.

Politicians in Thailand are striking back against these claims by pointing out that Kratom does not make people high and that it is less addictive than the caffeine in coffee. According to a report put out by the Narcotics Control Board, Kratom possesses limited health dangers or risk of abuse and causes no social harm. They have concluded that the only reason it was banned was for economic reasons as opposed to any genuine issues related to health.

In fact, in Thailand there is already a general cultural appreciation of the many health benefits that Kratom offers. It contains mitragynine which is an alkaloid that can stimulate receptors in the body for endorphins. These natural neurochemicals protect against pain and make you feel better overall. Kratom is seen as a preferred alternative to morphine and other harsh pain drugs which usually have serious side effects. When compared to morphine, Kratom is 10 time weaker but can still dramatically reduce pain symptoms without the risk of addiction. There are also no adverse effects for respiratory function and Kratom displays a much lower prevalence of causing nausea. Kratom’s position in Thai society is one of great importance and it is likely that the law will be changed soon to reflect that long history.