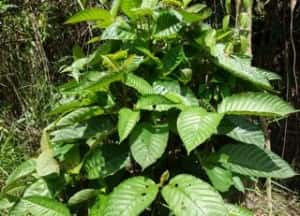 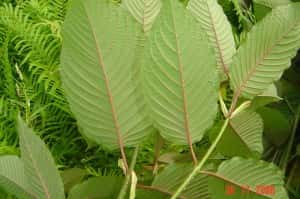 As one of the original, traditional products of Southeast Asia’s vast native rainforests, Malaysian kratom is known world-wide for its rich history, purity, and efficacy. South of Thailand and Northeast of Indonesia, the forests of Malaysia are the source of several unique and powerful strains of the popular herbal medicinal. Malay Kratom is one of the best-selling strains available and is carried by most high quality Kratom vendors online. There are three main types of Malaysian Kratom denoted as Green, White or Red depending on the color of the central vein in the leaf. Each of these types expresses unique properties when consumed by an individual and you may find that one is better suited to your needs compared to another.

Malaysia – One of the Most Biodiverse Ecosystems In The World

One of planet Earth’s great tropical paradises, Malaysia boasts a staggeringly enormous rainforest landscape. The humid skies and year-round warm temperatures provide the perfect growth medium for vast forests stretching over the majority of the nation’s land. The nearly 15,000 species of plant life which call Malaysia home are nothing new – some old growth dates back well over 100 million years.

This fascinating and vibrant ecosystem is also one of the key indigenous habitats for the kratom tree. Also known as mitragyna speciosa, kratom is one of thousands of different tree species in Malaysia, and is one of its most famous – and controversial – crops. While the plant is completely legal in the United States and most Western countries, Malaysia itself has currently declared the use of kratom illegal. However, it is still grown and cultivated in the country to then be shipped all over the world. This shouldn’t stop you from studying and sampling this powerful traditional medicinal.

Malaysian Kratom – A Traditional Healing Herb
The deep green leaves of the kratom tree were first described and named in scientific journals by a Dutch explorer in the 19th century. By then, native cultures in Malaysia and other neighboring countries had already been using the leaves as a powerful medicine for countless generations. Chewing on the leaves was known to produce a broad variety of positive effects. Today, modern users of Malaysian kratom enjoy the same excellent benefits:

Just as no two bodies are exactly the same, kratom naturally grows in a variety of strains, each with its own unique medicinal properties, boasting more than 25 health-enhancing alkaloids. If you are considering trying kratom to improve the quality of your physical, mental, and emotional life, explore each kind to see which one works best for you.

Which Strain of Malaysian Kratom Is Right For You?

Malaysian kratom that has been prepared for medicinal use is available in three general strains. Also known as “Malay kratom”, each variety is named for the color of the veins running through the kratom leaf.

White-veined kratom leaves are used to create a positive, high-energy effect for both body and mind. If you try White Malay, expect more stimulation, and a general feeling of elation and exhilaration. Some people enjoy ingesting White Malay instead of coffee, and compare its effects to that classic beverage – a peppy, focused, work-enhancing blast of all day energy.

Kratom leaves that have deep red veins are like the more relaxing cousin of White Malay. Red veined Malay is often used as a sedative. Quieting an overly busy mind and bringing a sense of peace to frayed nerves, Red Malay is the right choice for anyone who wants to slow down the hectic pace of life and bring themselves into a state of total tranquility. Red Malay is also excellent for easing body ache due to over-exertion.

3. Green Malay Kratom – The Best of Both Worlds

Standing in the middle ground between White Malay Kratom and Red Malay, the green-veined leaves of the kratom tree provide all of the benefits of the different strains in one. Ingesting Green Malay kratom produces lots of stimulation at the same time as delivering maximum relaxation. The effects are long lasting, guaranteeing a full day of focus, euphoria, and natural energy.

It might be worthwhile to keep some of each type of Malaysian kratom on hand, so you’ll have the appropriate strain ready, based on how you’re feeling on any given day. It is also common practice in traditional cultures to mix the different strains to produce a unique blend or Kratom fusion that suits your exact taste. So, have fun with it and see what works for you.