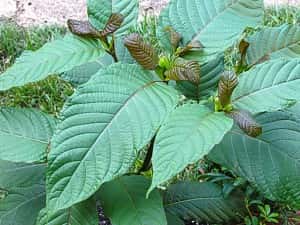 Mitragyna Speciosa is a tropical tree with large, green leaves that grows in Thailand, Malaysia, Indonesia, the Philippines and Vietnam. It is part of the Rubiaceae family of plants which makes it a close relative of the tree from which coffee beans are derived. Mitragyna Speciosa is famous as the source of Kratom leaves – a mind-altering herbal medicament also known as kakuam, ithan, thom, ketum and biak-biak. Kratom is chewed or made into a tea with the psychoactive properties of increasing energy, improving mood, reducing stress and eliminating pain. It has been used since ancient times by rural workers to increase productivity while putting them in a better mood. Mitragyna Speciosa started being imported to North America in the early 2000’s and has become one of the top selling ethnobotanical products available.

The Kratom Tree
Raw Kratom leaves were chewed by rural populations for thousands of years, holding an equivalent place in their society as the Western world views coffee. The growth and use of Mitragyna Speciosa was banned for a long time in Thailand – not due to a perceived health risk, but rather because it posed competition for the international opium trade. However, the tree is indigenous to this region and the law was never successfully enforced with full efficacy. Now, health officials in Thailand have stated that there is low risk of side effects or abuse from Mitragyna Speciosa use
The Kratom tree grows to between 12 – 30 feet and can be as wide as 15 feet in circumference. Some trees will grow as high as 95 feet if given the right conditions of a wet and warm climate. The leaves are dark green in color and weigh between 500 mg to 2 grams each. The tree is also recognizable by the presence of yellowish flowers that can grow containing small, flat seeds. Mitragyna Speciosa also features the rare property of being either deciduous or evergreen depending on the environment it is grown in.

Active Compounds
Mitragyna Speciosa leaves contain 40 distinct active compounds with 25 alkaloids. This is what gives the Kratom leaf so many unique traits and mechanisms of action in the body. The most prominent alkaloids are mitragynine, mitraphylline and 7-hydroxymitragynine – all of which are unique to this species. These alkaloids have positive implications for pain, depression, anxiety and fatigue, binding to a number of different neurotransmitter receptors through the nervous system. Higher alkaloid content is found in older Mitragyna Speciosa trees especially in tropical climates with slightly acid soils

There are other species of Mitragyna growing in Asia as well, but none have the same potent mix of alkaloids as the original. Some examples of related plants include Mitragyna Javanica, M. Tubulosa, >M. Parvifolia, M. Hirsuta, M. Diversifolia, M. Rotundifolia and M. Kuntze. M. Ciliate, M. Inermis, M. Stipulosa and M. Africanus. There has been some experimentation with using these leaves for pain relief but in general the other species are viewed as not as effective 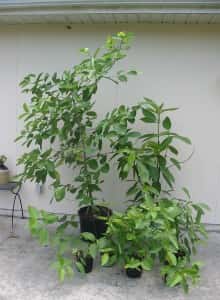 Mitragyna Speciosa is classified into several different strains and then divided into different colors of vein – either red, white or green central veins. Each of these varieties has unique properties and distinct psychoactive effects. Some strains like Green Maeng Da and White Borneo are considered to be very stimulating and energizing while other strains like Red Bali or Red Thai are said to be calming and sedating. Finally, when buying Mitragyna Speciosa the leaves are classified into different grades depending on the alkaloid content and the quality of the leaf. You will see high quality grades sold with names like Ultra Enhanced, Super or Premium and low quality grades are labelled as Commercial or Wholesale.
Today, it is possible to buy Mitragyna Speciosa in several different formats like crushed leaves to make Kratom Tea or a fine ground powder. One can also purchase capsules filled with the powder to make for more convention consumption. Another option that you may consider is Kratom FST extract which is a more concentrated form of the alkaloids in the plant. The extracts are sold in a number of forms such as a solid resin, a liquid tincture or a powdered extract. It is even possible to buy seeds online or to purchase live Kratom plants. Using Mitragyna Speciosa offers the interested individual a number of benefits, but you should make sure to read up on proper administration techniques to ensure that you know how to use it safely and appropriately.