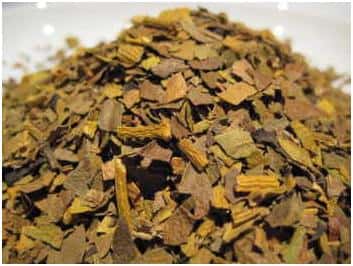 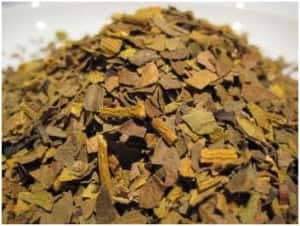 A question that we see asked a lot by new users to the Kratom community is whether or not you can smoke Kratom leaves or redin. There are several blogs out there claiming that you can smoke this plant or burn it as an aromatherapy incense in order to feel the effects. This herbal product is often sold by headshops who might then want you to purchase smoking accessories to allow you to use Kratom brands in this way. While there are some limited reports posted online from people who say they have successfully smoked Mitragyna Speciosa, most experts agree that this is not the best way to use the leaves of this plant. According to certain sources, you would need to smoke upwards of 20 grams in order to notice any changes – an amount which is not terribly cost-effective.

Can you Smoke Kratom
In theory, it is true that you can take crushed Kratom leaves or resins, roll them into a suitable shape, light them on fire and smoke them. You can do the same thing with almost any natural product from oregano to maple tree leaves, but it will not always produce any mind-altering effects. Unfortunately, people looking to smoke Kratom for a high are likely to be disappointed and to waste some of their precious Kratom supply. The most important factor in determining how to use the Mitragyna Speciosa tree is to maximize the absorption of any present active alkaloids into your bloodstream.

The active ingredients in Kratom are the alkaloids mitragynine, 7-hydroxymitragynine and mitraphylline as well as about 22 other identified alkaloids. These compounds need to circulate through your blood in order to be carried to receptor sites within the central nervous system. Only when the alkaloids are delivered throughout the body to their appropriate receptors will they start to take effect. As an example, when you smoke a cigarette, the nicotine it contains quickly transported via inhalation to passageways in your lungs. It then enters your bloodstream and is capable of reaching nicotinic receptors in your brain within 7 seconds of the first puff. This makes smoking an exceptionally effective administration mechanism for tobacco leaves.

Why you Should not Smoke Kratom
However, there is a much lower concentration of alkaloids in Kratom leaves compared to the amount of nicotine in cigarettes. Is smoking an effective delivery system for Kratom alkaloids in resin or leaves? The evidence suggests not. While there have not yet been any formal studies conducted into the matter, we can use some of the anecdotal evidence provided from history as well as from user reviews. 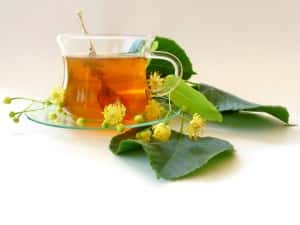 One clear indication of the unsuitability of Kratom for smoking is that traditional populations in Thailand have never been documented to smoke this plant. They certainly smoked enough other substance to know how to do it and surely there would have been some of the same curiosity when first harvesting this plant. But in Thailand, where Kratom has been used for centuries upon centuries, people who use this plant are referred to as “Kratom Eaters.” This shows that the preferred method of use is by consumption and not smoking.
Experience logs shared online from intrepid individuals who have tried smoking Kratom say that one needs to take as much as half an ounce or more to feel any effects at all. That amounts to approximately 14 grams of Kratom leaf which would be considered a very large dosage if ingested. Indeed, one only needs to consume between 2 – 4 the traditional way to start feeling something. It is safe to conclude that even though you can physically smoke Kratom, you should not as this is not an efficient method of delivery for the necessary alkaloids.

I Still Want to Smoke It
In case you decide you still want to smoke it, some people have suggested you can see better results by smoking a Kratom extract since it has a higher alkaloid content. You will still need to smoke a much larger amount than if you were to use a toss and wash strategy or prepare it into a tea. And high potency Kratom extract powders can be fairly expensive due to the increased preparation requirements. What some users have recommended is combining the extract to tobacco leaves or mixing it with other products that can be smoked. Remember, the effect will still be much subtler than if you were to smoke a cigarette and consume Kratom orally at the same time. A final thing to consider is that if you smoke Kratom, you risk negative consequences for your health and the inhalation of smoke in any form can do damage to your lungs. When it comes to this herbal plant, you are better off swallowing as opposed to smoking.