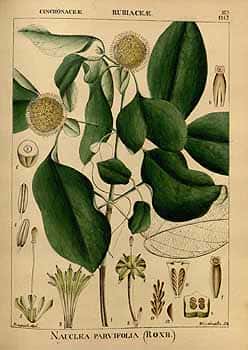 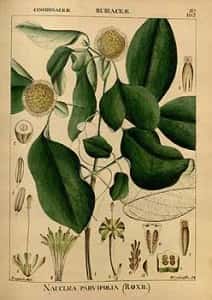 Kratom’s legal status in Thailand is frequently used in the brewing culture war over the freedom of kratom use. As you may know, Kratom is illegal in Thailand and considered a controlled substance. Famously, Thailand has a longstanding ban on the herbal remedy and the plant from which it comes. This is especially noteworthy as Thailand is the original home of the Mitragyna Speciosa tree we know as kratom today. For thousands of years, the plant has grown naturally and peacefully in the lush, wet forests throughout Thailand. Media pundits have been quick to pounce on the ban as evidence of kratom’s so-called threat to health. However, this ban offers no such proof, as we will see when we uncover Thailand’s true inspiration for their infamous law.

Reasons for the 1943 Thai Kratom Ban

To fully understand the legal status of kratom in Thailand, we have simply to look at the documentation surrounding the ban when it took place at the beginning of 1943. This secret truth behind Thailand’s position on kratom is revealed plainly in the public record. A Police Major arguing in favor of the ban in the House of Representatives in 1943 said this: “Taxes for opium are high while kratom is currently not being taxed. With the increase of those taxes, people are starting to use kratom instead and this has had a visible impact on our government’s income.” Hence, the Kratom Act was passed and kratom was outlawed, protecting the illicit opium trade for many years to come.

So, contrary to current media positions, health concerns were never a part of Thailand’s ban. Not even close. The ban only existed to protect the profits of opium dealers and their political cronies, who feared that a healthy, non-addictive alternative to opium might cut into business. So they simply made it illegal. Anyone who knows this fact will find it especially perverse the next time a media report uses the Thai ban as part of a public health crusade.

This law, known as the Kratom Act, stayed on the books in Thailand from the 1940s until the present day. However, in 1979, perhaps acknowledging the hypocrisy, the Thai government downgraded kratom’s illegal status. It was reclassified as a Schedule 5 substance under the Thai Narcotics Act, alongside psychedelic mushrooms and marijuana. Use under this law is considered a low level of criminal offense, with very little or no severe punishments.

Where Else Is Kratom Illegal?

At this time, very few governments are interested in banning kratom use. Even though most have not yet commissioned full scientific studies of the herbal medicinal, most seem convinced that it is safe, non-addictive, and not threatening to the well being of the general public. This is evidenced by the fact that kratom is fully legal in almost every nation on Earth. Only Australia, Burma, Malaysia, and of course, Thailand, have anti-kratom laws in place. In the U.S., legislators in the state of Indiana have recently enacted a ban on several substances sometimes found in head shops, like hash oil and synthetic cannabinoids. Kratom is not a synthetic cannabinoid, but somehow that didn’t stop Indiana lawmakers from adding kratom’s natural alkaloids mitragynine and 7-hydroxymitragynine to the list of banned substances.

There are some territories where the future legal status of kratom is considered unclear. These include Germany and the U.K., and in the U.S., Hawaii, Arizona, and Vermont. It’s obvious that public opinion is in flux. The deciding factor in all of these places will be whether or not clear, factual information is made available to the people. When most people learn the real facts about kratom’s long record of safety and therapeutic benefit, they do not oppose its legality.

Is Kratom Still Grown in Thailand?

Many kratom fans will wonder how popular strains like Red Thai Kratom are still on the market given the legality of kratom in Thailand. Thai Kratom strains are among some of the best reputed and consumer demand remains high. It is unclear why the current lax laws in Thailand only apply to personal use and possession while in the country, yet not to exports. This kind of inconsistency is typical of laws that are enacted, not for public safety, but for nonsensical political reasons. Luckily, the consumers in parts of the world where kratom is fully legal are the winners, as for the time being, we are all still able to safely buy this wonderful natural product.