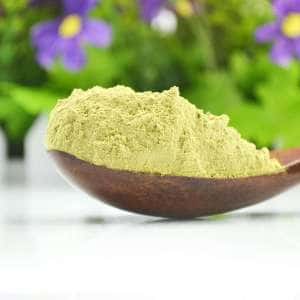 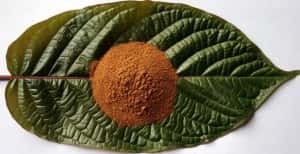 Vietnam Kratom is one of the newest strains of this plant to hit the Western market and it has quickly gained a following of devoted uses. It may sound unusual to call Vietnam a “new” strain of Mitragyna Speciosa. After all, Southeast Asia is the birthplace of all kratom. Surely, kratom trees were growing in the region long before Vietnam was founded almost 5000 years ago. And for as long as there have been human cultures based in the area, it has been used for many medicinal purposes. However, until very recently, leaves gathered from Vietnam-grown kratom were not harvested and made available to consumers in Western countries like the United States. Now, kratom enthusiasts in all parts of the globe can try this extremely special natural plant product.

Where Is Vietnam Kratom Grown?

Along a stunningly gorgeous 200-mile expanse of forest along the Mekong River, a wealth of kratom trees produce an enormous supply of medicinal leaves. Local An Giang Province capitol Long Xuyen, well-known as an exporter of rice, has recently also become a center for the cultivation and export of kratom.

The physical conditions in this remote province are key factors in creating a highly unique plant. These factors include elevation, humidity, proximity to the Mekong River, and the rich mineral content of the native soil. Kratom trees that grow in this environment are known to contain as much as 25 percent more alkaloids than the kratom plants of other regions. These alkaloids are what give this herb its powerful healing stimulating and mood-enhancing qualities. For the first time, this extremely potent strain is reaching other parts of the world, where it is being excitedly embraced by kratom users.

What Are The Effects of Vietnam Kratom?

Now that modern kratom lovers have had a chance to sample products from Vietnam, the reviews are in: the Vietnam strains of kratom produce sophisticated, very pleasant effects throughout the body and mind. Users report an overall “bright” sensation to the entire experience, with the following specific, positive effects of capsules:

Effects have been clocked in lasting 6 hours or more, with a gentle tapering-off that does not interfere with sleep or normal daily activities.

How Does It Compare to Maeng Da Kratom?

Another strain of kratom that has been very hot in recent years is Maeng Da Kratom, known for its high potency and intensity. How does the new Vietnam Kratom compare? Both are known to have an extremely high alkaloid count. In a head to head battle, users have found both to be exceptionally stimulating and euphoric varieties. The Maeng Da is typically described as more stimulating, energizing, and strong. Vietnam strains are seen as more clear, sharp, pain-relieving, and bliss-inducing. Of course, individual body chemistry combines with personal taste to determine which kratom strain is right for any given user.

Is Kratom From Vietnam Legal In Its Home Country?

In one of the more ironic – and unfortunate – twists in the story of the kratom plant, it seems that kratom use may be illegal in one of the regions where it has grown naturally and abundantly for thousands of years – Vietnam. Information about the current state of legality is unclear at best. Some reports indicate that only consumption of kratom powder is illegal in Vietnam, while others indicate that the ban is merely a law on the books that is not actively enforced.

Neighboring country Thailand has established a similar ban on kratom, one of its native plants. Back in 1943, Thailand made Mitragyna Speciosa illegal to sell or use. Why? To reduce competition with one of Thailand’s most profitable exports – opium. This ban has survived through modern times. New reports discussing kratom illegality often neglect to mention this reason for the Thailand ban, instead falsely implying that the herb is illegal for health reasons, which it is not. Are Vietnam’s kratom laws based on a similar principle? It is unclear at this time, though it is not an unreasonable guess, based on the situation in Thailand.

Once a rarity reserved for a very small population of local villagers, Vietnam kratom leaves and powder are now available to the world market. This unique strain, infused with the stunning physical conditions of the terrain it hails from, is an exciting new “delicacy” for kratom users in Europe and America. That is, if you can call a tree that’s been growing naturally and used safely for thousands of years “new.” Look for it in capsule form from a small number of online stores or you can find it as a ground up powder sold alongside most other versions of this plant.