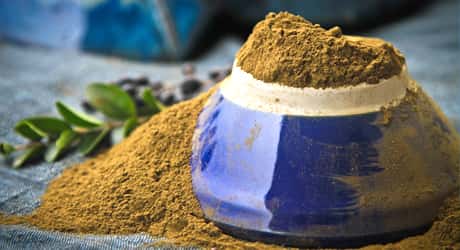 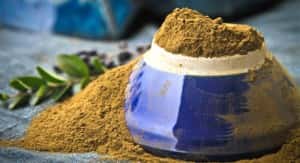 One of the more interesting varieties, White Vein Sumatra kratom produces the full spectrum of effects, which vary from one experience to the next. This strain is also known as “White Indo,” which is short for Indonesia, the nation where the island of Sumatra is located. Unlocking the mysteries of this particular variety of kratom only takes a little research. More than most other strains, white veined kratom from Sumatra can be tailored to an individual user’s particular needs. Simple guidelines exist for maximizing white Sumatra’s benefits, but first, let’s take a quick journey to Sumatra to find out the background of this powerful medicinal plant.

One of the largest islands in the world, Sumatra is home to more than 50 million people, and one of the planet’s most abundant natural growths of kratom trees. The wild kratom trees exist in old growth forests, and yield one of the most powerful, alkaloid-infused varieties of the leaf. Kratom harvesting in Sumatra is a very old tradition, as local farmers use techniques handed down through the generations to ensure that only the most potent leaves are picked. This results in one of the most sought-after and effective types of Mitragyna Speciosa in use today.

The two faces of white vein Sumatra are divided by dosage. While some reports peg white Sumatra as a sharp, energizing herb, others have called white Sumatra especially sedating. How can these two reports be about the same plant? The answer is the dose. As with many strains of kratom, dosage plays a key role in how the body interprets and interacts with the potent alkaloids.

In the case of white Sumatra (and “white Indo”), that difference is more pronounced. Normally, a kratom user could expect any leaf labeled as “white” to be more stimulating, producing all-day energy, than the “red” leaves. With white vein kratom from Sumatra, a more conservative dosage will produce that classic energizing effect. However, a much larger dose will produce the opposite effect, a very relaxing sensation that coaxes your mind and body into rest.

So, when you are ready to try white Sumatra kratom, pay close attention to the dosage, and prepare according to the above guide. In either case, this white vein powder is sure to work and produce a strong effect.

If you see the word “premium” used in the description of a white vein Sumatra kratom, you know the product is of a much higher quality than other production techniques. In this context, “premium” is not a marketing adjective, it actually refers to the sifting process used to separate kratom leaves from the stems. As the stems hold comparatively little alkaloids, “premium” products are naturally denser with alkaloids and produce effects of a higher intensity.

Is Indonesia Banning The Export of Kratom? 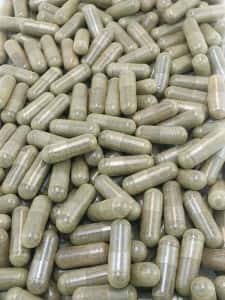 Recently, reports have come in that general bans on the export of kratom have been issued from Indonesia. Upon further investigation, it turns out that news of the ban originated in Borneo, and only affects local kratom trading coming though that island. Differing news reports offer contrasting opinions – some claim that this ban proposed by BPOM, the local regulator of food and drug safety, will not be enforced. The reason for the ban has not been disclosed. As long as there is a question mark over Borneo, kratom products from that island may be in short supply.

As there is no nationwide Indonesian ban in effect, this news should not affect the export of kratom from the island of Sumatra at this time. Check with your trusted seller to make sure which Indo varieties are still freely available to purchase.

All strains of kratom are not the same. Much as a connoisseur would be able to easily tell the difference among wines grown in different regions, any experienced kratom user can detect the subtleties separating one strain from another, even within the same general color or region. However, in the case of Premium Indonesian Kratom, also known as White Vein Sumatra kratom, incredible potency means that the effects are more extroverted than subtle.