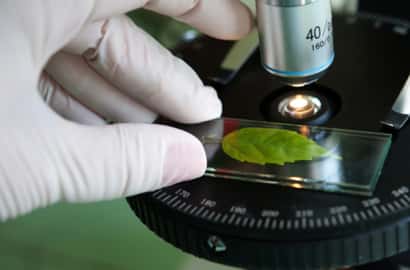 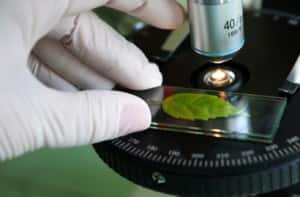 The use of kratom for opiate withdrawal is nothing new – for multiple centuries, people suffering from severe opiate addictions have turned to this natural herbal remedy for relief. Grown wild in the jungles of Southeast Asia, kratom has been used as a medicinal for a broad range of serious medical conditions for as many as thousands of years. Recently, researchers have confirmed what has been well documented anecdotally – the plant’s potent natural alkaloids can soothe the most intense symptoms. This makes Kratom one of the best treatments for drug withdrawal side effects. This is potentially incredible news for the millions who battle with opiate addiction world wide.

How Kratom Works for Opiate Withdrawal

First, let’s review how opiates create a dependency in the body. The opiate agonists bond with cell receptors and stimulate the sympathetic nervous system. This stimulation results in increased levels of endorphin production, which not only generates a sensation of feeling “high” in the user, it also sets up a dangerous dynamic. Over time, the body adjusts to these new levels of function and feeling. But, the body cannot maintain this level of endorphin production on its own, so receptors begin to clamor for more of the drug. If the user stops feeding opiates to the receptors, the entire now-depleted nervous system experiences a severe crash. The subjective experience of this is so intense that a user will naturally wish to take more opiates to stave off the bad feelings. Hence, an addiction is born.

Kratom is not an opiate. The naturally-occurring pant alkaloids that form within the leaves of the Mitragyna Speciosa tree can interact with the body’s opioid receptors, but they do not generate long-term dependency or addiction. Kratom has a soothing effect on “needy” receptors, easing them via natural stimulation back into a more balanced state.

Some of the assistance that kratom can provide for withdrawal sufferers:

History of Kratom Use For Opiate Addiction

Beginning in 1897, the first published studies promoting kratom for opiate withdrawal began to appear. Today, kratom is frequently used in methadone detox programs, and has been recommended as a course of action against drug addiction withdrawal by hospitals like the National Institute of Thai Traditional Medicine in Bangkok. Recent research points to the alkaloids 7-hydroxymitragynine as perhaps the main agonist responsible for soothing withdrawing receptors.

Many users have reported strong success in using kratom for opiate withdrawal as it applies specifically to methadone. Long prescribed as a safer alternative for heroin addicts, methadone itself went on to become a lifelong addiction for many opiate-dependent sufferers. Trading one chemical addiction for another is at best a lateral move. However, by introducing kratom into their systems, methadone users are able to release the deep chemical grip on their systems.

Kratom, acting as a short-term mu receptor agonist in the body, allows the user to transition to an opiate free lifestyle much more quickly than attempting to taper off use via methadone. As has been observed, some methadone users are never able to perform this tapering, over many years. Hardcore opiate or methadone users will still experience symptoms of withdrawal as they make their transition, but side effects when using kratom are considered to be far more mild and manageable than what is commonly experienced from methadone. For this reason, using kratom for withdrawal from methadone could be a viable new alternative for those who are caught in a chemical addiction cycle.
How to Use Kratom to treat Drug Addiction

The key to treating withdrawal symptoms with kratom is patience. The whole point is to ease the body off of its dependencies. Many long term opiate users have trouble tapering off of a substance like methadone because they shock their systems with sudden overnight cessation. Most kratom users who have reported success with this process recommend a slow and measured approach, introducing a kratom routine in place of methadone, slowly, over the course of a month or more. Then gradually, as more and more methadone has been replaced by kratom, the user can then gradually lower the dosage and frequency until they completely quit kratom.

Everybody is different, and of course the severity of withdrawal symptoms, tolerance, and other external conditions will play a role in the process. Anyone suffering from opiate addiction is encouraged to ask for professional help and the support of peers in attempting to return to balance. Using Kratom for opiate detox is best done with the guidance from qualified health practitioners. Kratom can play a valuable role in a healthy, safe recovery.