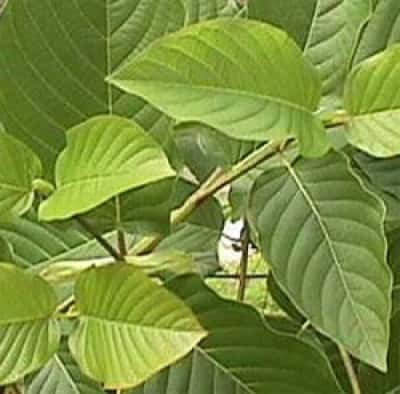 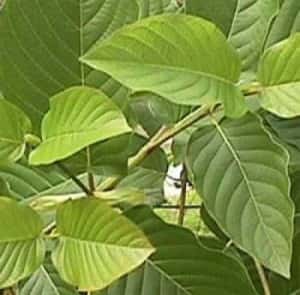 Kratom is a plant that has been much celebrated by the online community for mood enhancement, stimulant properties, anxiety relief and recreational use. In smaller doses, it is said to increase alertness, sociability, sexual drive as well as physical and mental energy. In high doses, it can alleviate chronic pain, reduce feelings of stress and anxiety while also improving one’s mood. Kratom is a natural extract from the leaves of the Mitragyna Speciosa tree that is native to Southeast Asia (especially Thailand, Malaysia and Myanmar). It has been used as a traditional medicine by Southeast Asian people for many hundreds of years. In traditional settings, Kratom leaves can be chewed or prepared as a tea. Nowadays, it is more common to buy Kratom capsules or powders that contain the pure ingredient.

What is Kratom?
Kratom is the name for the leaves of the tropical Mitragyna Speciosa tree that is closely related to Rubiaceae – also known as the coffee bean tree. This tree can grow to a height of 100 feet and features large, green leaves with tiny yellow flowers. In areas of Southeast Asia where it is an indigenous plant, it is one of the most common herbal remedies, used to treat a range of conditions from fever to fatigue to depression to diarrhea. Native populations still use Kratom Tea as an alternative to coffee because it provides longer lasting energy without a crash at the end of the day. In countries like Thailand, it is now illegal to grow due to competition with the domestic opium trade.

Kratom was first introduced to the Western world in the 19th Century by the Dutch botanist Pieter Willem Korthals. He observed the reverence for the Mitragyna Speciosa tree paid by natives and gave it the name “precious miter”. After importing Kratom to the Netherlands, it became popular as a stimulant as well as a treatment for opium addiction. To this day, it is believed that Kratom can be a useful treatment tool for individuals with opiate addictions. It seems to be able to prevent the formation of an addiction by interfering with certain neural circuits while also reducing signs of drug withdrawal.

Kratom Alkaloids
The effects of the Kratom plant come from the many different active alkaloids found in the leaves of the mitragyna speciosa tree. Some of the known psychoactive alkaloids include mitragynine, 7-hydroxymitragynine, rhynchophylline, and mitraphylline. Altogether, there are 40 different chemical compounds identified in Kratom which gives it quite a diverse range of effects. Some of these alkaloids are known to stimulate certain opioid receptors, which explains why this herb is useful for managing pain and improving mood. It has been compared to both morphine and opium in terms of reducing pain but at a much lower potency and with less potential for addiction and dependence. One theory as to why Kratom is not as addictive as other similar drugs has to do with the fact that it contains an alkaloid that can block NMDA receptor activity which is implicated in learned addictions. 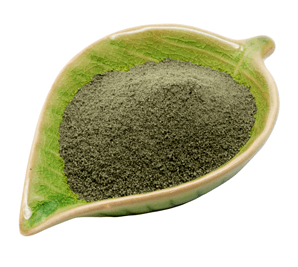 What is interesting about Kratom is that the character of effects changes depending on how much you take. At doses between 1 – 15 grams per day, it typically has a mind-boosting effect, increasing your mental concentration, alertness and energy. Some say that it induces calm feelings and works to lessen symptoms of both depression and anxiety. There are some who see Kratom as a nootropic – meaning that it can increase your brainpower due to its stimulant-like nature. Another benefit of Kratom capsules is that it can help you overcome social anxiety and generally make you more comfortable when socializing or speak to others. Reviews also often state that this herb improves libido and sexual drive.

At larger doses, Kratom can act like a mild tranquilizer and have the opposite effect. It is sometimes taken by individuals who want to prevent the onset of a panic attack or to help them relax and fall asleep. Some users say that Kratom powder gives them a feeling of euphoria and a deep sense of well-being and contentment. This natural compound has also been used to replace opium and the use of other opiates in individuals suffering from chronic pain. Some have found it useful for controlling the typical withdrawal symptoms seen with narcotic drugs.

Is Kratom Safe?
Despite the relative safety of this natural compound, it has been maligned in the media as a potentially addictive compound with serious side effects. Most studies into the side effects of Kratom have concluded that this drug is safe when used properly and that only mild negative effects have been reported. It is believed to not possess a high risk for tolerance, addiction and withdrawal if it is used properly. Some of the side effects linked to Kratom powder include restlessness, agitation, fatigue, constipation, nausea, difficulty sleeping, gastrointestinal discomfort and vomiting. In most cases, these effects are only seen when too much Kratom is being used or when it is being used for a long period of time without breaks. You can prevent this risk by taking your Kratom products in a responsible and controlled manner and by reading about all of the safety concerns beforehand.